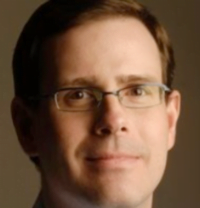 October 27, 2022 – A recent report from Northwestern University, The State of Local News 2022, painted an alarming picture of the loss of local journalism in communities across the United States, calling it a “crisis for our democracy and our society.” The annual study noted the country lost more than a quarter of its 2,500 newspapers since 2005 and is on track to lose one-third by 2025.

Researchers found that more than 20% of the nation’s citizens live in news deserts, defined as areas with limited access to local news. The 208 counties without a newspaper are home to 70 million people, while another 1,630 counties have one newspaper, usually a weekly, covering larger areas than they have the resources to keep watch over local government, schools or other important community institutions. “The crisis in journalism has turned into a crisis of democracy,” said Steve Waldman, the president of Report for America. “The reporter shortage means residents don’t have the information to make decisions for their families or to hold institutions accountable.”

Fortunately, residents in Northeastern Wisconsin aren’t living in a news desert, but as the executive editor of the Post-Crescent and the Green Bay Press-Gazette, I know the reality is that the loss of thousands of jobs in journalism over the past two decades means our organization, like others, has far fewer reporters covering news.

The good news is that our region is on the forefront of addressing this problem thanks to a groundbreaking initiative supported by the Community Foundation for the Fox Valley Region, the Greater Green Bay Community Foundation and Microsoft. As part of this effort, six news organizations came together to form the NEW (Northeast Wisconsin) News Lab, a collaboration to identify and fill information gaps to help residents explore ways to improve their communities and lives — and strengthen democracy.

Together, our organizations are advancing in-depth local reporting on topics including racism as a public health crisis, causes and solutions of homelessness, and the growing diversity in Northeast Wisconsin. The NEW News Lab includes FoxValley365, The Post-Crescent, Green Bay Press-Gazette, The Press Times, Wisconsin Public Radio and Wisconsin Watch. The University of Wisconsin-Green Bay’s Journalism Department serves as an educational partner.

Early results of this experiment are extraordinary. All six newsrooms have been able to add journalists — and expand their capacity — as a result of increased funding, at a time when other news outlets are forced into staff reductions. Last year, NEW News Lab stories reached print and online audiences estimated at more than 6.6 million people in 12 states.

Stories produced by the partners were picked up by at least 122 news outlets — 70 of them in Wisconsin. Last year’s funding helped us add depth to reporting on affordable housing and the tight labor market.

We’re still compiling 2022 numbers, but the impact continues to be strong. For example, in its opening weeks, the Open and Shut podcast by WPR and Wisconsin Watch was downloaded almost 120,000 times. Similarly, the Post-Crescent and FoxValley365 are partnering on the “Home is Here” series, using the 2020 Census as the backdrop to explore diversity in our communities. Most recently, we wrote about a phenomenon known as code switching, a tool students of color use to navigate their own identity and community.

“When she was young, Celaisha Pipes would just talk how she talks. She didn’t think too deeply about her tone, word choice or inflection. She would just talk. Until a Black friend told her she sounded ‘too white.’ Pipes, who graduated from Appleton North High School last spring, didn’t realize it at that young age, but that was when she started code-switching. It’s altering your language or the way you communicate with others to better align with your social setting at the time.

It wasn’t long after that a white friend told Pipes she sounded ‘too Black.’

“From that day on, it’s just like I’ve just code-switched, but not intentionally,’ she said.”

For 2023, the NEW News Lab partners are planning a series that will report on challenges faced by Northeastern Wisconsin families with children and investigate the effectiveness of institutions and programs designed to assist them in achieving a high quality of life.

The support from Microsoft, the Greater Green Bay Community Foundation, Community Foundation for the Fox Valley Region and the David L. and Rita E. Nelson Family Fund are helping us deliver quality, independent local journalism that keeps the community informed.

This article originally appeared on the Community Foundation for the Fox Valley Region website, here.